Tilly is a 10 year old cat who went missing for 3 days,  returning unable to use his right back leg.  He was initially seen by Sevenoaks Head Vet, Penny.  She could feel a fracture in his lower leg.  Following an anaesthetic and x-rays a tibial fracture was confirmed.  A treatment plan was made and his owners consented to surgery.

On the day of surgery Tilly was anaesthetised and an epidural was administered.  Surgery was performed by Martin and Penny at our Meopham Hospital.  A pin was surgically placed into the centre of the bone fragments along with a plate on the boney shaft.  Post-operative radiographs revealed good alignment so Tilly was woken up and transferred to our nursing care for recovery.

Before and after radiographs can be found within the carousel below along with intra-operative photographs.

Tilly recovered well, he was kept on intravenous fluids, pain relief and antibiotics.  By the next day he was starting to use the leg!  He was also eating well which is a great sign that he was clearly feeling more comfortable.

He was discharged home to his owners 2 days after surgery.  He must now have strict rest at home and we will see him again in 6 weeks for follow up X-rays. 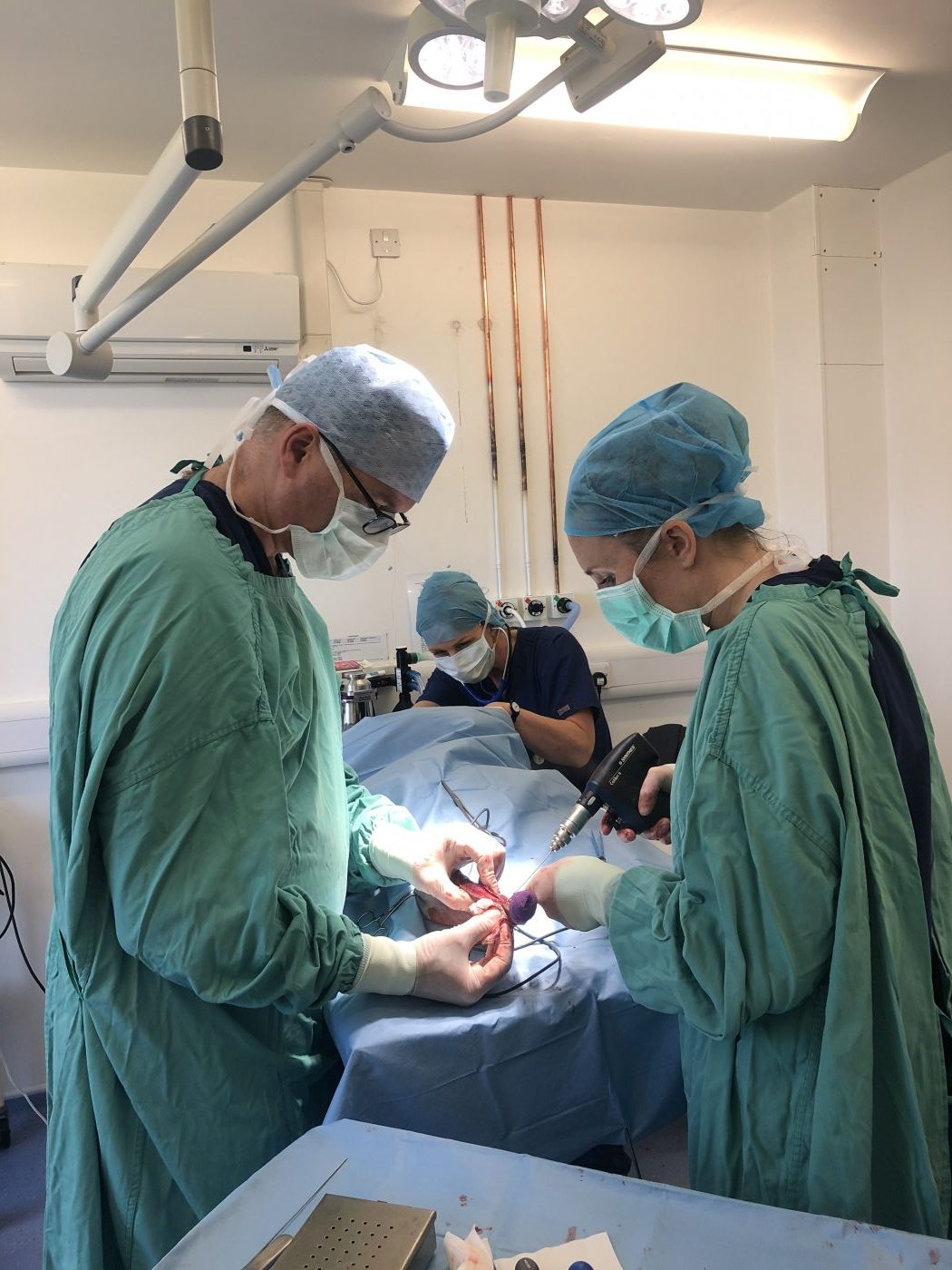 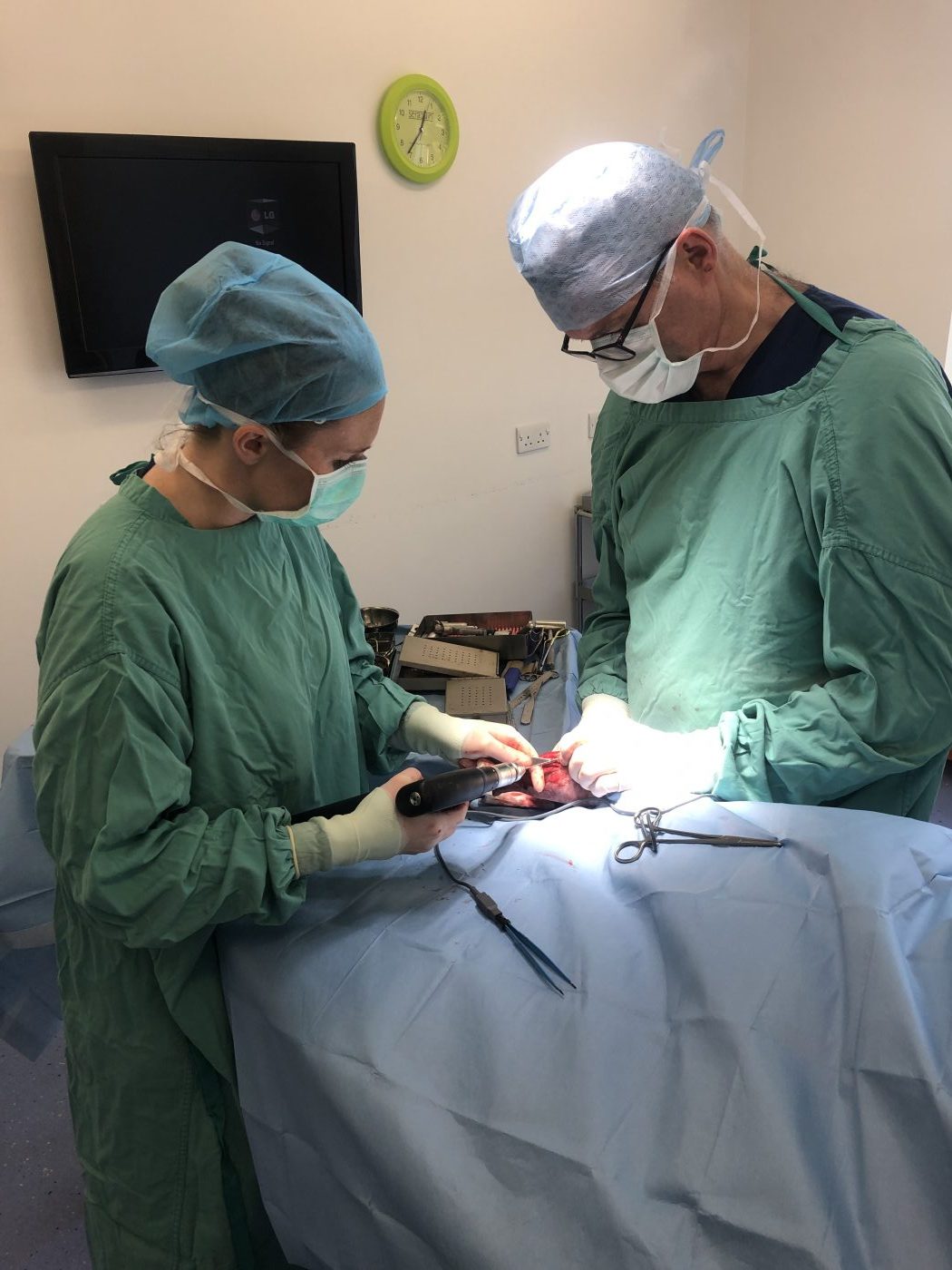 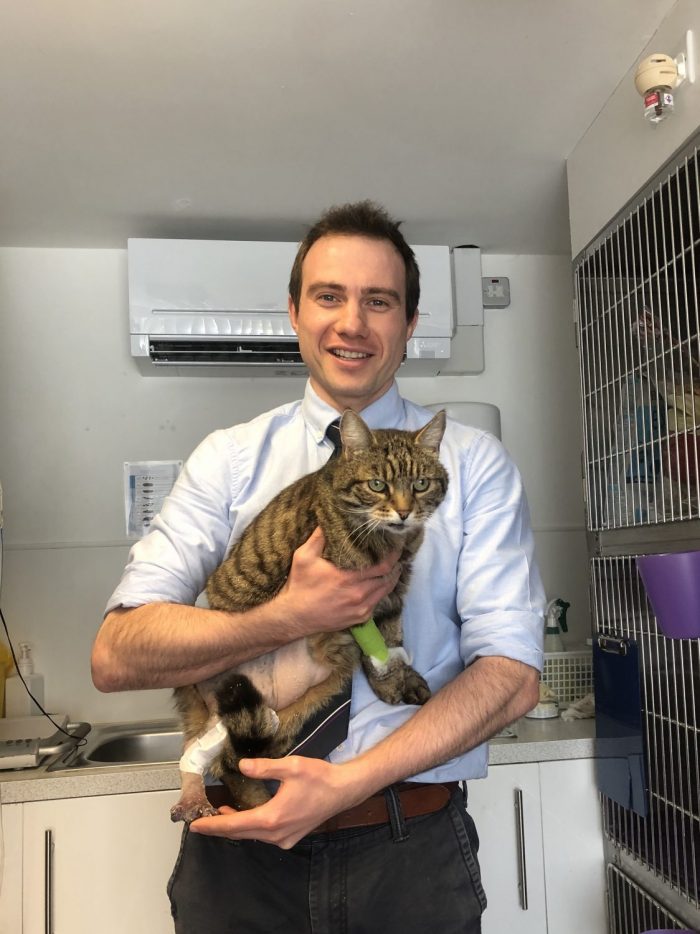