Beau is a 3month old Sharpei that came to see us after a short history of intermittent diarrhoea. Martin Hobbs examined Beau and could feel a thickening within Beau’s intestinal loops, he was suspicious of an intussusception. This is when a part of the intestine telescopes or folds inside itself.  It is most common in younger animals.  This is a life threatening condition, causing blockage within the intestinal tract which affects the blood supply and can often cause a part of the intestines to die off due to disruption to the blood supply.  Beau’s owner’s consented to us performing an ultrasound scan in order to confirm Martin’s suspicions.

An ultrasound confirmed an intussusception, the only option was surgery. This would involve manually reducing the part of the bowel that had folded within itself as well as possible resection of some of the intestines.  This surgery carried a great risk, especially as Beau was such a young patient.

During surgery Martin managed to reduce the intussusception but the intestines were damaged and so surgical resection was required with an end to end anastamosis. This is when the damaged portion of the intestine is surgically removed and then the two healthy ends are sutured together.  The abdomen was thoroughly flushed with sterile saline and the incision closed.  Beau was transferred to our dedicated nursing team for intensive care monitoring.  The next 48hours were critical with risks including peritonitis or a repeat intussusception.

By the very next day Beau was drinking and had a small amount to eat, he was still in a critical condition but was bright in himself.

By 48hours post-surgery Beau had continued to improve and was now very playful. The decision was made to send him home to continue his recovery.

He had regular re checks and by 3 weeks post-surgery the owner reported Beau was now passing solid faeces. We will continue to monitor Beau alongside his owner’s and wish to thank them for allowing us to use his story.

In the gallery below you can find the video of the moment Martin manually reduced the folded part of the bowel in surgery, the tear on the bowel and RVN, Bryony hand feeding Beau the day after surgery. 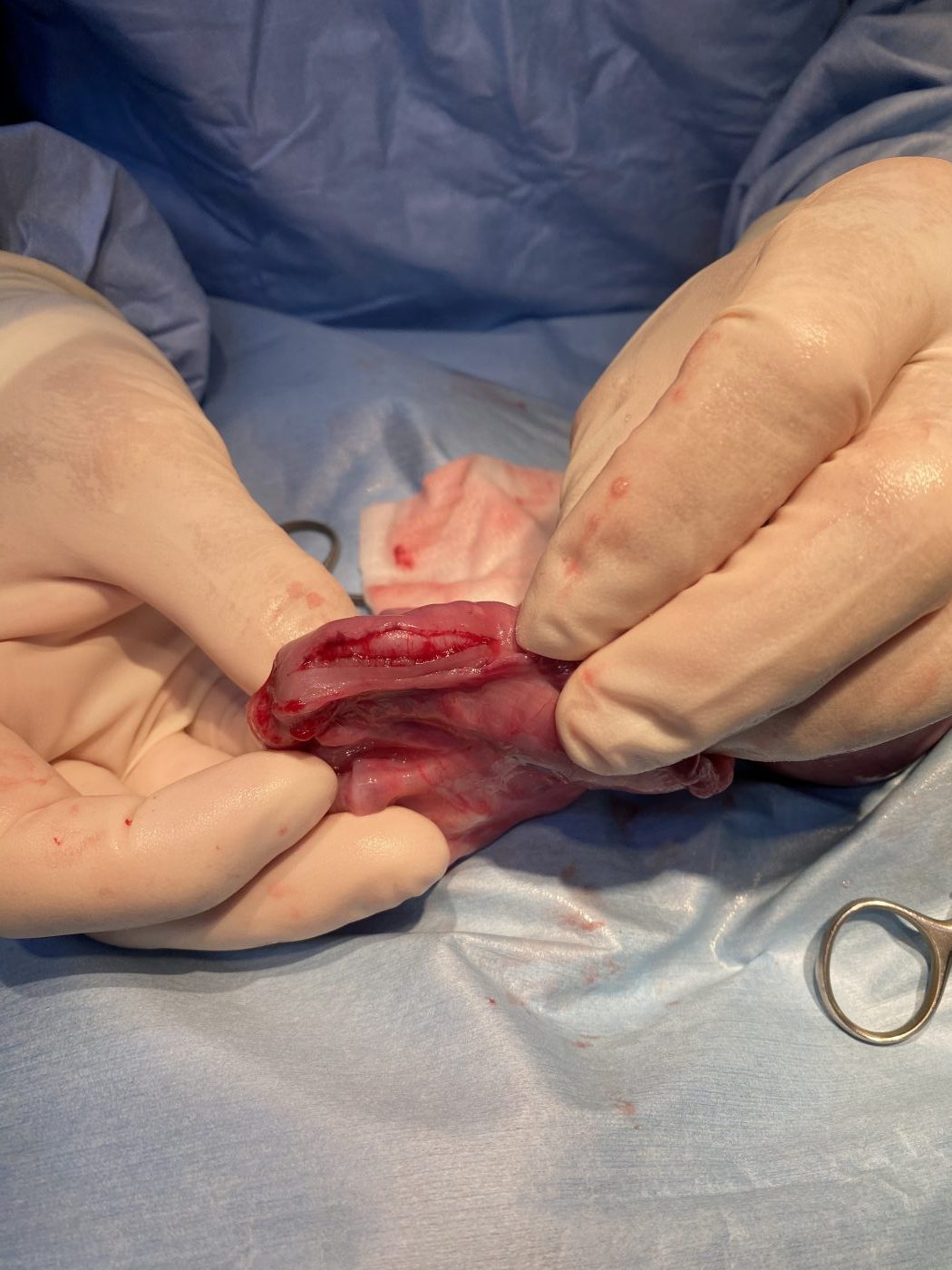